WWE is probably one of the most inconsistent billion dollar companies in the world in terms of quality of product. In the span of a single weekend you can see an amazing NXT Takeover, followed by a lackluster PPV, and finally, back-to-back weekly shows that manage to undo any story progress made the night before, while ignoring developments, and burying new talent. The one are we could always count on was WWE Studios. They are trash 100% of the time. And now we can’t even rely on that anymore. Fighting With My Family has officially broken the streak, and become the 1. . . in 55-1.

Fighting With My Family tells the story of Saraya Bevis (Florence Pugh), and her family, owners of the World Association of Wrestling in Norwich, England. Continuing the family business of pro wrestling, Saraya catches the eye of WWE’s talent scouts, and starts her journey to super stardom under the name the world would come to know her as, Paige.

Now, even being based on a true story you’ve seen all this before. It’s a classic underdog setup. Saraya isn’t the “true wrestler” of her family; that’s her brother Zak (Jack Lowden). But she has that “special something” and just oozes potential. She has to overcome hardships, bullies, and a unconventional appearance in order to shock the world and rise to the grandest stage. Basic. That said, Fighting With My Family manages to hit just about every trope on the way to its sappy climax, but it does so without ever feeling forced or overly cheesy, and that is saying something.

Jokes land. Emotional moments actually feel real and engaging. Pugh and Lowden both turn in truly impressive performances as these rivalling siblings both trying to make it big. Lowden in particular has a standout scene on the phone with the scouts that will just break your heart. Nick Frost and Lena Headey round out the family as the crazy parents, but again, everything is just executed so well you can ignore all the tropes and cliches.

It takes some liberties of course. Paige’s popularity is downplayed for the sake of the underdog tale. Her time in NXT is completely glossed over; NXT itself is shown as little more than a boot camp. But in the interest of telling a good story, these details are just nitpicking. The journey feels real, Paige and her family entertain, and everyone gets their well deserved feel-good moments at the end.

What writer/director Stephen Merchant (Extras, Life’s Too Short) has done here is something no other WWE Studios director has bothered; he’s taken the material seriously. Yes, there are still laughs to be had, and wrestling is inherently over the top and even silly. But Fighting With My Family tells a real story with real characters, and real heart. And it might just make a mark– er, fan, out of you. 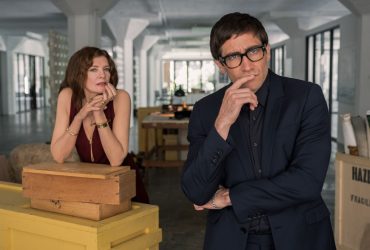 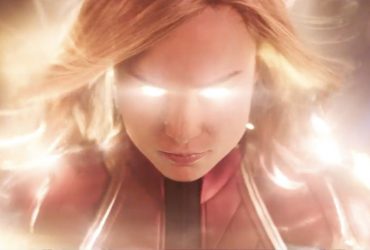 Next Article   ‘Captain Marvel’ – Not just a girl