You remember the first time you rode your bike down the street after falling off countless times? Or striking out with your crush, before finally finding the one who actually wanted to talk to you as well? It’s an age old lesson that if at first you don’t succeed, again, and again, and again, just keep trying and eventually you should come out on top, even if it’s just by accident. Accidental brilliance is a beautiful thing, and Sony has truly struck gold with their latest endeavour, Spider-Man: Into The Spider-Verse. They’ve finally taken Spider-Man and done him justice, and they took the most far out, esoteric, flat out weird way to do it. And it is awesome!

Into the Spider-Verse introduces us to Peter Parker. He’s 26 years old, and has been Spider-Man for the last 10 years, keeping New York safe from all kinds of villainy. But this isn’t his story. This is about Miles Morales, an ordinary kid, trying to fit into a new school and still find time to tag the city with his sick graffiti skills. When Miles is bitten by a radioactive spider, he starts to exhibit classic signs of Spidey-ness, and even a few new ones. He has very little time to explore his newfound abilities before additional Spider-Men start popping up out of nowhere, flung from their respective universes by a disturbance under the city. It’s up to Miles, and these other strange Spider-Men to work together and save the multiverse!

“We don’t pick the ballroom; we just dance.”

I don’t want to oversell it, because it’s easy to look at Sony’s recent (pre-Marvel deal) track record, and compare everything favourably to their Amazing Spider-Man missteps. But Into the Spider-Verse is hands down the best Spider-Man movie I’ve had the pleasure of seeing. Everything just came together beautifully to create an ultimate comic book experience on the big screen.

The movie kicks off with Peter’s familiar story, and we revisit this classic setup when each new Spider-Man/Person/Pig shows up, in a send up of the constantly retold origin story. Seeing the small variations of each universe’s Spider-Man was really entertaining, and helped give each version their own flavour. Obviously there are probably a dozen more they could’ve introduced, but the six-spider team made for a solid cast, where each one got time to shine. Each is voiced by the most random group of voice talent I’ve seen put together, but it just works. Nicholas Cage (Spider-Man Noir) and John Mulaney (Spider-Ham) in particular stand out with some great lines. This is also the first time I’ve ever seen Marvel’s Kingpin, Wilson Fisk, utilized to his full potential. He’s a behemoth of a man, taking up the entire screen whenever he appears. And he feels genuinely dangerous as soon as you see him.

“Do animals talk in this universe? Because I don’t want to freak him out.”

The animation here from Sony Pictures Imageworks is nothing short of astounding. Producers Phil Lord & Christopher Miller (The Lego Movie) said they wanted Into The Spider-Verse to feel like walking into a comic book, and that is exactly what we got. New York’s skyline feels ripped right from the pages, and Spider-Man’s abilities are put on full display, just as you’d see them in any of his greatest runs. It may be the most visually impressive animated film in years. We even get a few stylish speech bubbles, as Miles complains that his thoughts have suddenly become “so loud.”This is a true to form comic book movie, that manages to bring us the best of both mediums.

And, in true Spider-Man fashion, there’s a terrific message to the film. As all classic superhero stories tell us, the real power is inside all of us. Anyone can wear the mask. A touching cameo from Stan Lee says, “it always fits, eventually.” This is what comic books and superheros can teach us. And this is where Spider-Verse has its greatest achievement. Yes, it looks great, and sounds great, and yes the action is incredibly impressive. But the film has heart, and that is something that is sadly lacking in a lot of today’s action and superhero flicks. But Sony set out to make the best Spider-Man movie they could, and they blew all their previous attempts away.

Into The Spider-Verse is a clear front runner for the best animated film of the year, but it absolutely will hold its own as one of the best films of the year, of any kind. This could very well be the future of superhero stories, and animation. 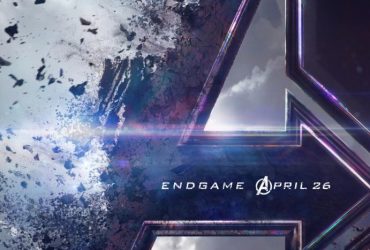 Previous Article ‘Avengers: Endgame’ First Trailer – all is not lost! 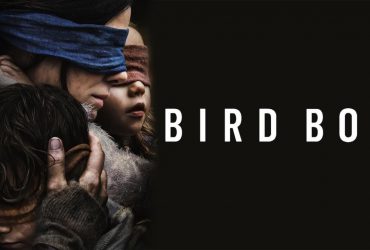